Julie and Scott take a look at The Castle, an Australian comedy from 1997.

And here's the podcast!
Download or listen via this link: |Episode #004|

Extra Stuff mentioned in the podcast:
Neeta Lyffe: Zombie Exterminator by Karina Fabian.
By the 2040s, the shambling dead have become an international problem. While governments and special interest groups vie for the most environmentally-friendly way to rid the world of zombies, a new breed of exterminator has risen: The Zombie Exterminator. 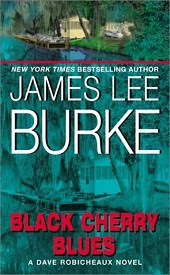 This time around, Julie and Scott discuss James Lee Burke's Black Cherry Blues. This gritty story won an Edgar Award for Best Novel in 1990, and is third of Burke's Dave Robicheaux novels. The book is remarkable for its well-written prose and the emotional baggage carried by nearly every character. The setting is contemporary Louisiana and Montana.

And here's the podcast!
Download or listen via this link: |Episode #003|

Extra Stuff mentioned in the podcast:
The Good Wife, a CBS TV series.

Quirks and Creation, an Episode of Being from American Public Media. A discussion with John Polkinghorne about science and religion. "Science and religion are often pitted against one another; but how do they complement, rather than contradict, one another? We learn how one man applies the deepest insights of modern physics to think about how the world fundamentally works, and how the universe might make space for prayer."