Julie and Scott learn much from Ulysses Everett McGill in the Coen brothers' O Brother, Where Art Thou?. You can't display a toad in some fine restaurants. What it means to be "bona-fide". And what the devil looks like when you meat him at the crossroads. And what does this movie have to do with The Odyssey?

Email ThisBlogThis!Share to TwitterShare to FacebookShare to Pinterest
Labels: bifurcated tails, gophers, sepia, singing into a can, Sullivan's Travels, The Odyssey 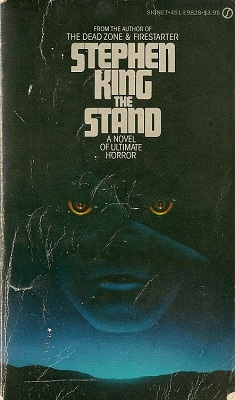 Episode #40 - It's the end of the world again, this time due to a plague. Julie and Scott discuss The Stand by Stephen King. Bumpity bump!