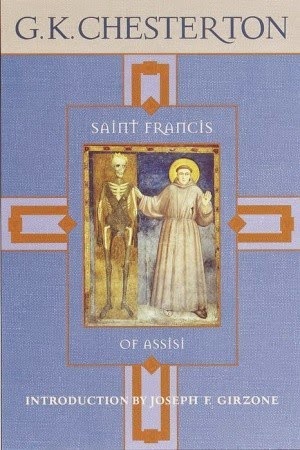 Julie and Scott discuss St. Francis. They both wonder at the parenting skill of St. Francis' dad, who bought his kid fancy armor and sent him to war with the city next door. ("Have fun storming the castle!") And then they wonder at the rest of the good saint's life. St. Francis of Assisi by G.K Chesteron.


Prayer in front of the Crucifix of San Damiano


Most High, glorious God,
enlighten the darkness of my heart
and give me true faith, certain hope, and perfect charity,
sense and knowledge, Lord,
that I may carry out Your holy and true command. Amen
Posted by Scott D at 12:01 AM